AWARENESS HAS A WAY OF BRINGING ABOUT POSITIVE CHANGE

Monsanto was found guilty of chemical poisoning of a French farmer by a French court earlier this week. (09132015) http://www.trueactivist.com/breaking-french-court-rules-monsanto-guilty-of-chemical-poisoning/ 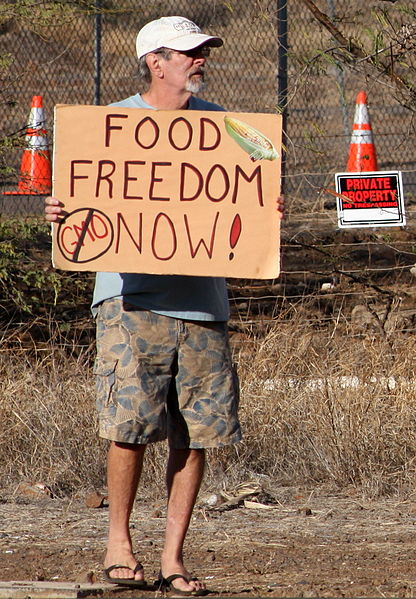 March Against Monsanto Director Nick Bernabe told the Natural Society that genetically engineered food could affect everyone, even the apathetic: “What we’re trying to do is bring awareness to GMOs and the health effects that they’re causing and bring about some solutions about what people can do to take back their food supply,” he said. “They’re expecting more than 15,000 people in San Francisco alone… We want to get people working together in their communities.”

Monsanto has described current research into GMO crops as “inconclusive,” and has lobbied hard in Washington and around the globe to continue manufacturing lab-made foods without the oversight demanded by activists.

In March, Congress passed a biotech rider dubbed the ‘Monsanto Protection Act’ that effectively allows Monsanto and other companies that use GMOs to plant and sell genetically altered products even if legal action is taken against them.

Up until it was signed, “the USDA [US Department of Agriculture] oversaw and approved (or denied) the testing of genetically modified seeds, while the federal courts retained the authority to halt the testing or sale of these plants if it felt that public health was being jeopardized. With HR 933 now a law, however, the court system no longer has the right to step in and protect the consumer,” explained James Brumley, a reporter for Investor Place.

“They own the largest share of the agribusiness, pesticides and seeds,” Joanne Montana, who organized a protest in Florida, told the Gainesville Sun. “They’re transnational, in food behind the scenes and a big conglomerate.”

WE THE PEOPLE MARCH TO TOPPLE THE MONSANTO PYRAMID OF CONTROL

The ‘Monsanto Protection Act’ was co-authored by a senator who has received thousands of dollarsin campaign contributions from the company — a revelation that did not surprise many, given that another important figure in Washington, Justice Clarence Thomas, served as an attorney for the corporation before he was nominated to the Supreme Court, only to eventually preside over a case involving his former employer.

But according to Food & Water Watch, the relationship between Monsanto and the government extends beyond Congress and the Supreme Court. In a statement accompanying a health report, Food & Water Watch wrote that communications uncovered by WikiLeaks detailed how “the US State Department lobbies foreign governments to adopt pro-agricultural biotechnology policies and laws, operates a rigorous public relations campaign to improve the image of biotechnology and challenges commonsense biotechnology safeguards and rules – including opposing genetically engineered (GE) food labeling laws.”

With the protest approaching, organizers have accused Monsanto of going on the offensive and wrote on the event’s Facebook page that the mass rallies had not been cancelled, debunking a false rumor they accused Monsanto sympathizers of spreading.

“Events are disappearing, posts are being put on city event pages that say events are being cancelled,” said Tom Canal, an administrator for the March Against Monsanto Facebook page, according to the Organic Prepper blog. “In no way, shape or form, has any event been cancelled. I believe Monsanto is behind this. Some of the people on the page that are commenting have newly made profiles and seemingly those profiles were made strictly to cause problems and get a rise out of our participants on the page.”

In an interview with Bloomberg earlier this month, Monsanto CEO Hugh Grant portrayed those who do not agree with his business tactics as snobs: “There is this strange kind of reverse elitism: If I’m going to do this, then everything else shouldn’t exist,” he said. “In the US, we’ve got a system that works.”

In their ongoing struggle to reach a wider audience through the mainstream media, anti-GMO activists have outlined a number of solutions and goals for which they are advocating, including the “labeling of GE/GMOs so that consumers can make those informed decisions easier,” “further scientific research on the health effects of GE/GMOs,” and, perhaps most importantly, “taking to the streets to show the world and Monsanto that we won’t take these injustices quietly.”

Check back with RT throughout the weekend for the most extensive up-to-the-minute coverage on the global demonstrations.

>:::<
There are many issues of concern regarding the far-reaching tentacles of the Monsanto Company.  Here are why the deceptive green corn should be a clarion call to all:

One:  In fact, Glyphosate, most commonly found in conventional sugar, corn, soy and wheat products, throws off the cytochrome P450 gene pathway, inhibiting enzyme production in the body. CYP enzymes play a crucial role in detoxifying xenobiotics, which include drugs, carcinogens, and pesticides. By inhibiting this natural detoxification process, glyphosate systematically enhances the damaging effects of other environmental toxins that get in the body. This, in turn, disrupts homeostasis, increases inflammation, and leads to a slow deconstruction of the cellular system. Toxins build up in the gut over time and break down through the intestinal walls, infiltrating blood, and ultimately passing through the brain/blood barrier, damaging neurological function.

Two:  Scientists have discovered a brand new organism in genetically engineered animal feed, an organism that has since been linked to infertility and miscarriage in cattle, horses, pigs, sheep, and poultry. We can anticipate that, with such a broad spectrum of animal species, which is extremely unusual, that humans will face the same problem, and there has been an increasing frequency of miscarriage and a dramatic increase in infertility in humans in just the last eight to 10 years.

IS THIS THE CORPORATE SOLUTION AND GOVERNMENT’S CORRUPTION TO CONTROL AND REDUCE THE WORLD OVERPOPULATION?

Save the Planet From Monsanto! It’s not enough to stop eating genetically engineered food. If we want a liveable planet, we ha’ve got to boycott all factory farmed food and make the Great Transition from energy and chemical-intensive agriculture to a re-localized and organic system of food and farming. The World According to Monsanto is a recipe for disaster. Monsanto and Big Ag contaminate every link in the food chain, threatening the very foundation of life: living nutrient-rich soil, clean water, resilient crops, healthy animals, stable climates, and diverse food sources. The good news is that agro-ecological and organic methods can reverse this threat and sustain food production for future generations, but we don’t have much time to turn things around.

Coverage by Huffingtonpost regarding Monsanto Company 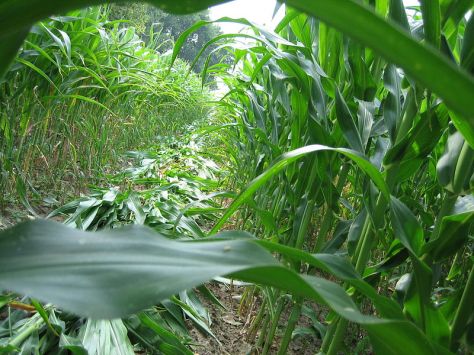 THEY REACHED THEIR GOAL OF 100 SIGNATURES….AND MORE!

The information contained on this web site is not intended to be a substitute for professional medical advice or treatment. If you have concerns about your health or medical care, consult a professional physician. ..

Please do not disregard professional medical advice or decline to seek medical treatment because of something you have read on this website.

Any link provided herein is for reference and examination by the user to make a choice, hopefully, an informed choice. Since sensitivities are highly individual, no product or process can be assumed to be safe for everyone.

In short, the Administrator expressly disclaims any liability for the user-reader's utilization of any information, products, resources, and services. In any case, it is wise to consult your health care practitioner/provider, especially, when in doubt.

From a Yellow Canary of the 21st century, living in our disabling biosphere

A 21st Century Canary
To be stupid, selfish, and have good health is still selfish and stupid. Eventually, health vanishes. Be informed so that you can make wise choices.

"We are at a critical crossroads to do something significant about the groundswell of activity that requires in-depth and thoughtful attention to chemical sensitivity. Chemical exposures are endemic to our modern industrial society. Public policy needs to be focused on two distinct groups of individuals who suffer from MCS. There are those individuals who could be sensitized as a result of an initiating exposure, and there are those individuals who have already become sensitized and now report sensitivities to chemicals at extremely low levels. Regulations and policies need to be developed to prevent sensitization of individuals in the first place. Sensitizing events occur in domestic indoor, recreational centers, workplaces, and shops such as exposure to classical sensitizers such as toluene diisocyanate or to solvents."--from the authors of Chemical Exposures: Low Levels and High Stakes (Nicholas A. Ashford and Claudia S. Miller)